By Autopark Chrysler Jeep on March 31, 2014 in Lifestyle

In recent months, we’ve been inundated with news from the various auto shows around the globe. We saw the greatest number of new releases and redesigns at the 2014 Detroit Auto Show, which were then utilized to promote brands at subsequent shows. The tradition of secret designs and public reveals is part of the automotive industry’s ethos. This is particularly true of concept cars, for they are the outcome of more creative, free thinking.

Car manufacturers unveil concept cars for several purposes: (1) they reveal the priorities of the company with regard to model types; (2) they indicate the direction of design ideas; (3) they gauge the public’s reaction and, thus, indicate potential success or failure. 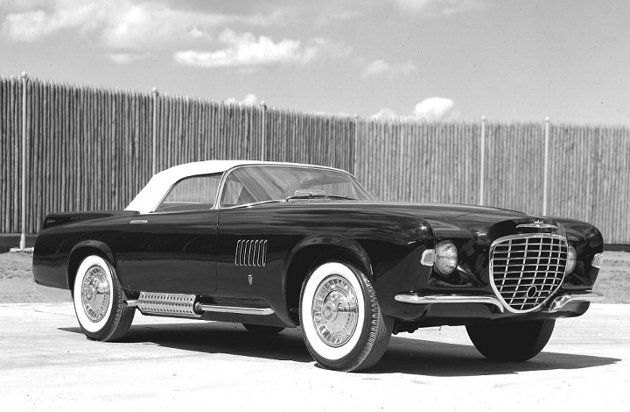 In the 1950s, Chrysler created a vehicle that many thought would rival the Corvette and T-Bird. At the time, the automaker was the only of the “big three” – General Motors and Ford being the other two – that did not have a sports car. That is why Chrysler, in 1955, unveiled the Falcon, a stylish roadster with respectable performance capabilities for its time. It would, unfortunately, never go into production despite being showered with public praise and favorable reviews.

Only one remains of the original three that Chrysler produced.

Maury Baldwin designed the Chrysler Falcon, and Chrysler’s Advanced Styling Studio built it. Described as somewhat “European,” the frame was robust with many design accents that contributed to its sporty appearance without being obnoxious. With well-proportioned fins, louvers, and an “egg crate” grille, there are many features that remain well-received for even today’s standards. The most intriguing characteristic is the side chrome exhaust system. 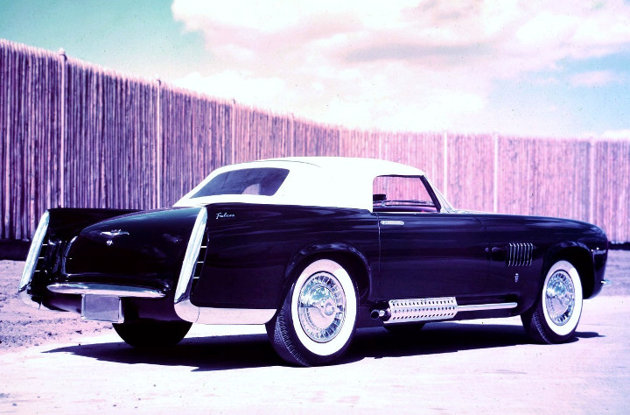 The Falcon’s manual top stowed perfectly into a compartment installed directly behind the single seat.

Here are some specifications for the Chrysler Falcon:

This concept car, which could generate 170 horsepower, topped out at 115 mph and had a 0-60 timing of ten seconds.

Chrysler has a rich history of success, as well as creating quality vehicles that exceed consumer expectations. That is why we welcome you to AutoPark Chrysler Jeep to take a look at the many great models we have in our inventory, including the all-new 2014 Chrysler 200.

What Almost Was: The 1955 Chrysler Falcon was last modified: December 9th, 2014 by Autopark Chrysler Jeep