By Autopark Chrysler Jeep on July 29, 2014 in Lifestyle

It is in the nature of man to find answers. We are, in many ways, just like Dr. Gregory House: there must be a well-defined reason behind every “illness.” When our curiosity isn’t fully satisfied, some of us search for alternative answers that, although are based on pure conjecture and tenuous connections, gain traction as theories – yes, the good ol’ conspiracy theory. 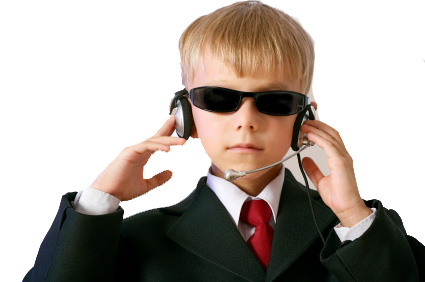 As part of the job reporting the news of Chrysler and Jeep to you, our team reads dozens of stories from across the globe. While doing so over the past week, a theme developed among a few articles: children causing property damage by crashing Jeep models into houses. Is it the Volkswagen Automotive Group training diaper-clad reputation assassins after a rumored failed bid to buy Fiat-Chrysler Automobiles? Or could it be a munchkin militant faction that seeks to destabilize the nation by tarnishing an iconic American brand?

On June 29th, The Wall Street Journal published an article that named Jeep as the most patriotic brand in the United States. It cited a research poll conducted by Brand Keys Inc. that asked 4,680 consumers to name brands they most closely associated with “patriotism.” For the second year in a row, FCA-owned Jeep topped the list, ahead of Levi Strauss, Coca Cola, and Disney. The article also followed the many stellar reviews of releases like the Jeep Cherokee, as well as the other redesigns across the Jeep lineup.

Now, we understand the motive … Here’s what happened …

July 14th, 2014 – A nine-year old boy was behind the wheel of a Jeep Grand Cherokee with his grandfather sitting in the passenger’s seat. It was supposed to be a simple, yet fun, activity for the young boy to back the vehicle out of his family’s driveway. In what can only be described as an obvious act of sabotage, the boy floored the accelerator, rocketing the vehicle into a neighbor’s living room. While police cited the grandfather, his grandson was not questioned by police investigators.

July 28th, 2014 – This time, a three-year old used craft, cunning, and brazen fortitude – strangely are Putin’s primary qualities – to pilfer his mother’s Jeep keys. The child put the vehicle in gear and struck a nearby house. Immediately following the incident, he dashed back home and put on cartoons to act as though nothing happened. Police, once again, failed to discover the dark answers that we are sure lie beneath the facile claims.

Interesting that 14 days after a July 14th incident during the year 2014 another toddler crashed a Jeep into a house.

The first incident occurred in Salt Lake City, Utah, which has a zip code of 84101. Those numbers, when added together, total 14.

The second incident happened within the city limits of Myrtle Creek, Oregon. The zip code there is 97457. Note that there are two 7s in that code … Another hidden 14 and possible covert message.

Our team promises to remain vigilant in the coming weeks with our search for answers, such as discovering what significance the number 14 may have. Until then, be safe and make sure that you employ good parenting skills – these incidents could have had far more serious consequences.

If you have any further insight or want to join the discussion, we ask that you leave comments here or on our Facebook – and share this blog! We need to spread the word and save our beloved Jeep brand.