By Autopark Chrysler Jeep on February 24, 2015 in News 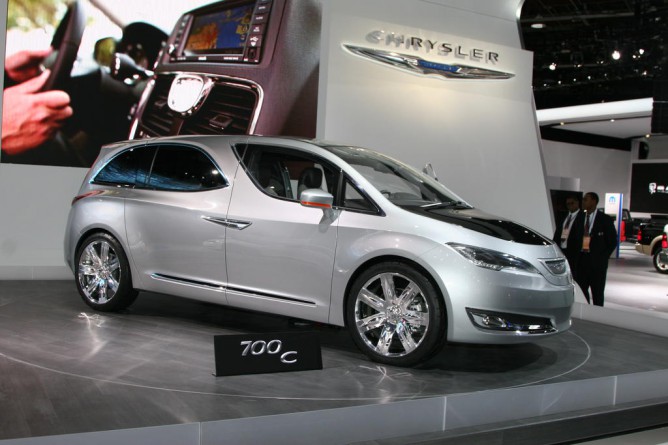 It’s been a while since we’ve updated you on the progress of Chrysler’s forthcoming iteration of the Town & Country, so we figured that we would stop in.

What’s that? You didn’t know Chrysler was working on a new version of the T&C, the minivan that invented the concept of the minivan? Well where have you been, sugar?

Chrysler’s only sunk $2 billion in factory renovations to handle its production. They’ve only begun development on the world’s first plug-in hybrid electric drivetrain for a minivan ever. They’ve only decided to make it taller and wider because families need more space. And they’ve only committed to revealing it in less than a year at the Detroit Auto Show next January.

Put simply, this is going to be the most up-to-date, modern, and technologically-fluent minivan available. And before you roll your eyes because, “It’s a minivan,” answer us this:

Can your vehicle haul an entire family with all of their attendant stuff and return 75 MPG? That’s better than a Toyota Prius. Minivans of yesteryear, though we appreciate them, could suck down gas faster than a 9-year-old with an ice cream cone during the middle of August.

The minivan of the past has been so big and heavy that all the melted crayons in the seats made its fuel efficiency roughly equal to that of a leaf-blower. Just like an SUV. So families decided, “Why not just get an SUV?” It’s a little bit less space, but you look like an NFL player. Well, no longer.

With a rating of 75 miles per gallon, the family who could always use more in their budget will be hard-pressed to consider anything else. The new Town & Country will debut next January and likely go on sale at the end of the summer, right on time for back-to-school business.

We’ll keep you posted. Before you trade in that SUV of yours for the new T&C, give it a strong finish with new tires for your Jeep here in Cary.

Infographic: Tips for Driving In the Snow (But You Shouldn’t)
5 Bullseye Methods To Clean Road Salt Off Car In Minutes