By Autopark Chrysler Jeep on January 9, 2014 in News 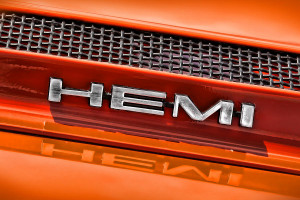 Are you a connoisseur of those dual exhaust beasts that bellow out a visceral growl with a mere tip of the toe on the accelerator? Or maybe you’re a novice who can recognize the masculine purr of a HEMI engine? Regardless of your expertise level, you’ll want to take a moment to find a seat. Chrysler has some exciting news regarding its 5,500-square-foot spread at the North American International Auto Show in Detroit.

Chrysler has put together a sizable display for Mopar, which includes Chrysler vehicles equipped with these stellar aftermarket parts. The display will feature the Dodge Challenger, the SRT Viper, the Fiat 500L Thalassa, the Jeep Wrangler Recon, the Jeep Cherokee Trail Carver and the Ram 3500 Dually Case Work Truck – all laden with Mopar parts. The display is, in part, to celebrate the longstanding partnership between the two companies that has existed since World War II; however, it was the muscle car craze of the 1960s that made Mopar synonymous with performance.

The executives at Chrysler have stated that this display will serve as a means to show consumers the level at which they can personalize their Chrysler, Dodge, Jeep, Ram, or Fiat. This has particular importance since the automaker has stated that every North American facility is prepared to personalize any United States-market Chrysler or Fiat through the Mopar Custom Shop.

One prime example of what the Mopar Customer Shop is capable of is the range of Hemi Gen III crate engines, including an all-aluminum 540-horsepower 426-cubic-inch V8. That’s what we call a beast. Other Mopar modifications include custom wheels and exterior ornamentation.

So stop in at AutoPark Chrysler Jeep to find out about your capabilities to customize.

More information can be found about the North American International Auto Show here.

If you have any questions or comments, please to do not hesitate to contact us at comments@leithmarketing.com

As always, we at Leith Cars encourage you to…