By Autopark Chrysler Jeep on February 18, 2014 in News 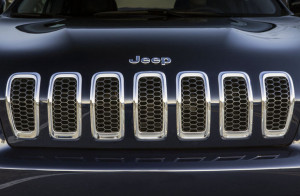 Even prior to the Fiat-Chrysler merger, we heard rumblings about major plans for the Jeep brand throughout 2014. Whether they were intentionally leaked – like an automotive version of the diabolical Francis Underwood – or merely an accident, it worked. In a recent interview, the president and CEO of Jeep, Mike Manley, spoke candidly with the people at MLive. The conversation yielded a few interesting facts, and we pared them down to what we thought were the most important.

You can read the entire article here.

Though the release of the Cherokee had been delayed throughout most of last year, it finally debuted in October to a widely receptive audience. Between its release and the beginning of this month, the reintroduced model sold more than 36,000 units.

At the 2014 NAIAS last month, which we covered, Manley vehemently stated that there is “nothing that Cherokee doesn’t compete and in many categories exceed against our competitors.”

Furthermore, Manley stated that he would not feel surprised should the Cherokee top 300,000 units sold by the end of 2014.

It seem as though the strong, confident language may be indicative of certain plans for future models of the Cherokee to be developed, designed and manufactured for years to come.

What should a CEO do when his automotive brand sold more than one million units in a limited market? That is an easy question for Manley to answer: take it global.

With a satisfied base of Jeep enthusiasts coupled with the Fiat-Chrysler merger, the next step is to produce and export Jeeps to foreign markets. Perhaps an “International Jeep Enthusiast Club” is in order to organize mass excursions through rough terrains? We can’t wait to see the amazing photography of Jeeps across the globe – “muddin” as we would call it.

The entire brand will be remodeled with lightweight materials, with the greatest emphasis being placed on aluminum. Other materials were suggested, as well; however, aluminum became the focal point of discussion following the unveiling of a competitor’s pick-up truck that boasts a nearly all-aluminum body. There’s no reason to mistake lighter-in-weight with lightweight: the Jeep brand will be as tough and rugged as any past iteration of the models.

Manly is optimistically cautious, realizing that Jeeps are more than a standard roadway car. He sees the need to balance aluminum with high-strength steel that provides a balance that will thrive in the “cycle our customers will put them through.” 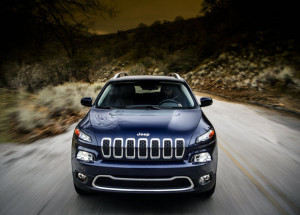 It is an exciting time for the Jeep brand, and we look forward with great anticipation to the next generation of Wrangler, Grand Cherokee, Cherokee, and more that will grace the showroom. What excites you most about Jeep? Let us know!

If you have any questions, please feel free to e-mail us through comments@leithmail.com or, of course, stop down at AutoPark Chrysler Jeep to speak with one of the knowledgeable members of our staff.

The Jeep Brand Has Major Plans for 2014 was last modified: December 9th, 2014 by Autopark Chrysler Jeep