By Autopark Chrysler Jeep on September 24, 2014 in News

I remember hearing my dad quote Bob Dylan as a toddler. “The times, they are a’ changing,” he said. That was long before I took an advanced poetry class in college when I learned the true extent of Dylan’s poetic styling; it was also even longer before Fiat and Chrysler merged. This very merger became readily apparent today, as well as evoked that memory of hearing the words of The Voice of a Generation – or Blind Boy Grunt or Jack Frost or whatever you may want to call him.

The times, they are, indeed, changing

It wasn’t so long ago nor in a galaxy far, far away that the American automobile industry sat on the brink of total collapse. Much like the housing or dot.com bursts that sent investors scrambling to stuff their mattresses full of Franklins, allowing a multitude of companies in Detroit to fall into ruinous disrepair would panic the market.

Today, Chrysler can happily report surging sales throughout all of August. Some of the other old boys – *cough* Ford *cough* — cannot say the same thing.

Chrysler sold more than 198,370 vehicles throughout the most-traveled vacation month of the year. That is a 20% increase in units compared to August of 2013, and it is the company’s best sales for the month of August since 2002. That sounds like one good “rollin’ stone.”

Compare that to Ford’s 0.4% increase compared to last year.

Jeep can officially claim the title of Chrysler’s most popular brand for the month: 49% increase in sales, which helps continue the Surge of 2014, or as we call it at Auto Park Chrysler Jeep: “The 2014 Greenback Groundswell.”

Oh, Michael. Michael, are you blind?

You can credit Kay (Adams) Corleone of The Godfather fame, brilliantly played by Diane Keaton, for that sub-header. We have to ask Mike Manley, CEO of Jeep, that very question. The other line of questioning could start out with “Haven’t you ever heard your mom say that if it isn’t broke, don’t fix it?”

Mike Manley has indicated that the Wrangler may have to be modified to compete with “soft” Sport Utility Vehicles.

“You can’t sell 19,000-plus retail Wranglers [in May] to people who just want to go off-roading,” Manley explained to an auto industry magazine. “Why would, for example, somebody else’s SUV that’s really an on-road ‘soft’ SUV not be for me a genuine target for Wrangler?”

In other words, it’s possible that not all Wranglers will be off-road capable in future generations.

It’s not that there’s anything wrong with “soft” SUVs. They’re comfortable, boast fuel efficiency, and are, usually, beautifully designed vehicles. The point is, however, that the Wrangler’s reputation is built upon the premise that it can take names and kick a-double-crooked-letters. Since the 1940s, it has been able to lay claim to off-road feats that make H2s and Pathfinders quake in their axles. 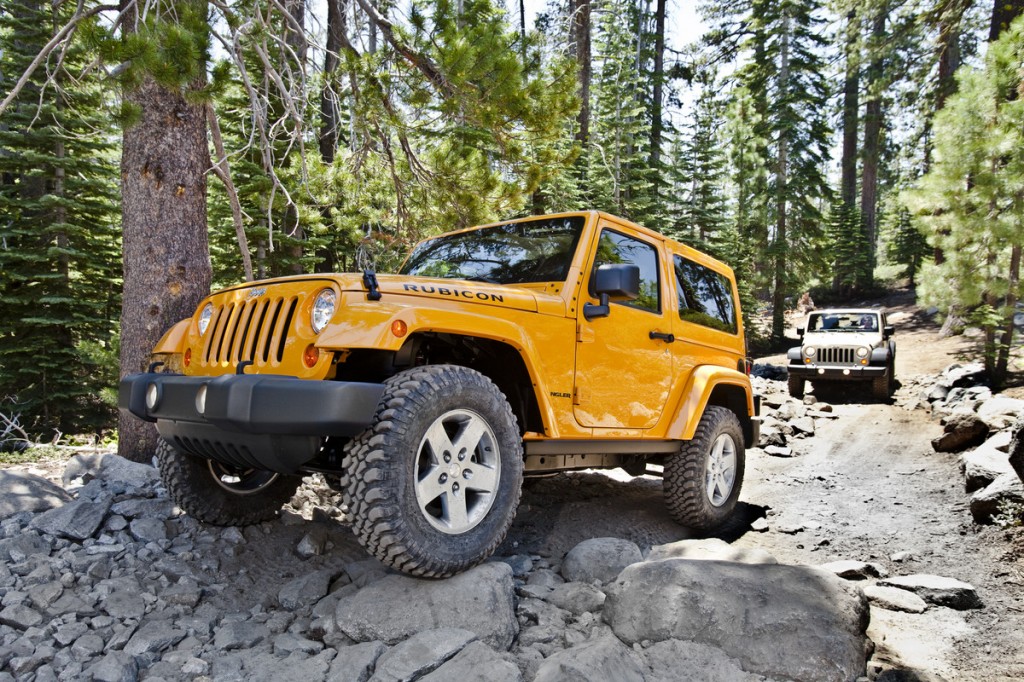 In addition, Jeep already offers two great “soft” options: the Renegade and the Cherokee, which are also two vehicles that still perform well on the trails.

What do you think of changes for the Wrangler? Is Mike Manley a man(ley) of vision? Or does he have it wrong?

The Times, They Are a Changin’ for Chrysler was last modified: April 29th, 2015 by Autopark Chrysler Jeep