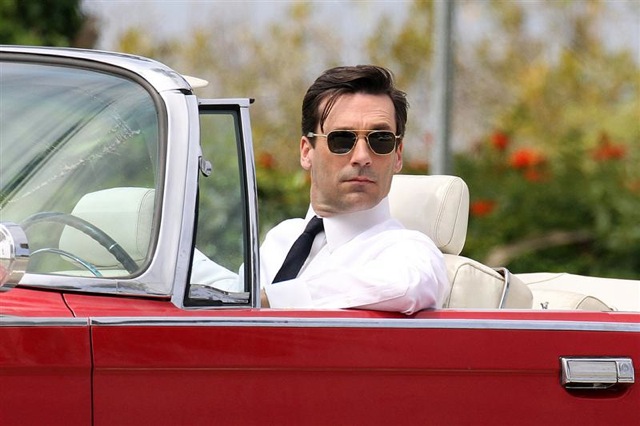 This is what you could look like in a 1964 Imperial.

This past Sunday, when the weather was beautiful and the sun felt golden, we were out driving when we came across someone enjoying his 1960s, super wide convertible—with the top down, of course.

“What is that?” gasped the person we were with, somewhere between Chapel Hill and Nirvana, mentally.

While it was not the 1964 Chrysler Imperial Convertible seen above, it might as well have been. The Imperial driven on the set of AMC show “Mad Men” is listed online right now for a paltry $39,000, or less if you want to bid on it like an auction.

This is the car that Don Draper drove, literally. Actor Jon Hamm drove the convertible in his California scenes, whenever his life of slick ad-selling and duplicitous life building in New York ever became too much for him. Thanks to Draper we know the following lessons:

Although not a character without failings, he does have class and always makes sure that’s reflected in what he wears and drives. Auto site The Car Connection makes the case for why you should buy this car, or one like it, ASAP:

Not to sound our own horn, but our parent company runs two classic car auctions a year called The Raleigh Classic. The next one is in June, so now is a great time to do some homework on models you’re interested in.