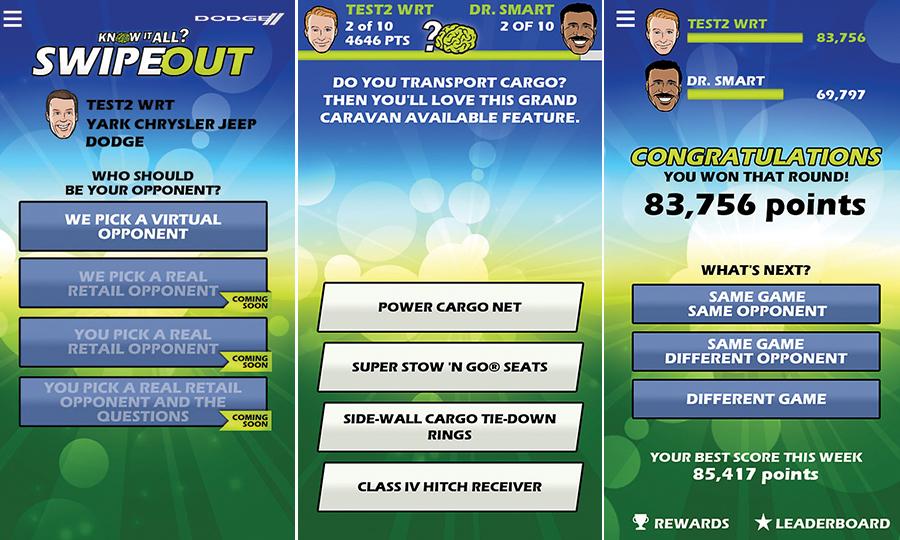 Chrysler has an idea about how to train its employees, and it’s a bit kooky: games. Specifically, video games. Nearly everyone these days plays around on their phone, but the term “video game” still doesn’t feel very professional. Nonetheless, as most of us whip out our phones whenever we have a spare moment, Chrysler sees this as the perfect opportunity for learning. Besides, between that and a binder full of material or watching an old VHS in the break room, who wouldn’t opt for something a bit more modern?

“If you look at the typical day inside a dealership, it begs for short, small bites of learning,” says John Fox, Chrysler’s czar for dealership training. “If we can shrink that gap between the top performer and the bottom performer, that’s going to help us continue to increase sales.”

Makes sense, right? Rather than making training a marathon event stretched over hours or even days, why not encourage smaller nuggets at times that suit the employee? It’s the old theory of eating just one or two peas at a time instead of enjoying an entire bowlful.

There’s even a fair bit of research that indicates that video games can be enormously effective at learning. According to one report, “The more adolescents reported playing strategic video games, such as role-playing games, the more they improved in problem solving and school grades the following year, according to a long-term study published in 2013.”

And later on, “Simple games that are easy to access and can be played quickly, such as ‘Angry Birds,’ can improve players’ moods, promote relaxation and ward off anxiety, the study said.”

Chrysler is trying the games out in a handful of dealerships so far, and plans to roll it out nationwide by the year’s end.