Though it’s not happening here in North Carolina, a Jeep enthusiast would still want to know about any major festivals that celebrate the brand. If you drive another vehicle make, this might not make sense to you: “Drive to another state to see vehicles like mine?” Well, it’s a Jeep thing – so we understand that it might be confusing. The event is hosted in Butler, Pennsylvania, which actually has ties to the brand’s history.

The federal government tasked several automakers to create a versatile and powerful vehicle to combat enemy forces in World War II. The collaboration among these companies yielded the Jeep, but what does that have to do with a place called Butler? One of the versions of this new off-road vehicle was the Bantam Jeep, and this rural Pennsylvania town is its birthplace. 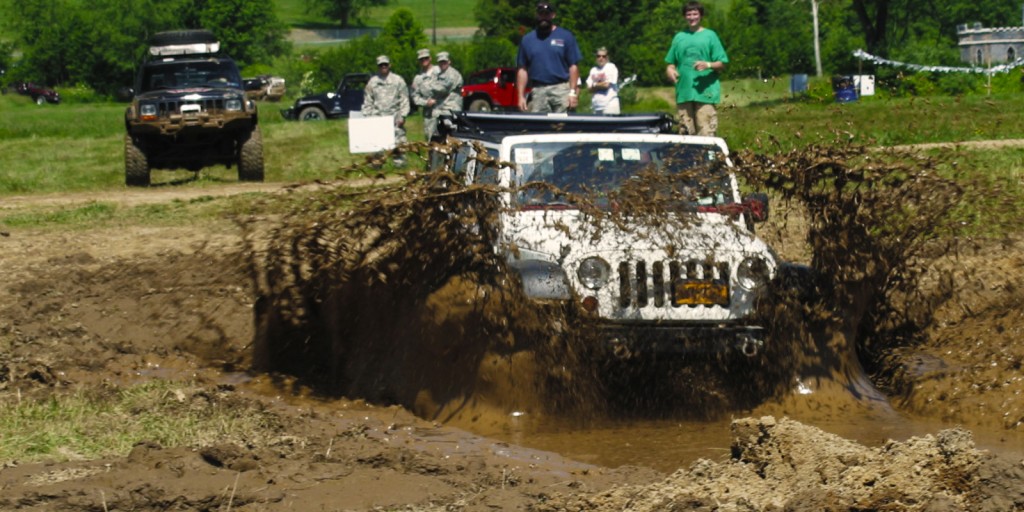 2014 marks the fourth annual Bantam Jeep Heritage Festival. “It’s a national event. We’re attracting people from all over the United States and Canada,” explained the festival’s director, Patti Jo Lambert. She’s not exaggerating. According to records of past events, many of the thousands who attend this event come from as far as California.

The annual festival, promoted by the Butler County Tourism and Convention Bureau, offers a bevy of activities that even non-Jeep owners can enjoy the three-day event. This year, however, there are a few new additions to draw an even larger crowd than in previous years.
Returning this year are the following:
• “Jeep Playground” – Owners get to demonstrate the power and performance of their vehicles in an off-road obstacle course.
• A display of concept Jeeps will be set up for attendees to view and discuss.
• “Jeep Invasion” – More than one thousand Jeeps participate in a vehicle cruise from 6 to 10 p.m. in downtown Butler.
• World War II encampment that will temporarily be home to two dozen World War II Jeeps and re-enactors, who will tell stories of Jeep history – particularly the Bantam Jeep – and Army life during the 1940s.
• Approximately 100 vendors of Jeep parts and accessories will be on-hand.

There are a few new features for the 2014 Bantam Jeep Heritage Festival:

• Organizers have created a mud pit specifically designed for stock Jeeps.
• Bantam Jeep Muddy 5K – Runners have an opportunity to utilize a (muddy!) portion of the “Jeep Playground.”
• Attendees can take a tour, on Saturday, of historic travels in Butler County. They will taste recipes served to travelers who used an historic stage coach stop, the Old Stone House. They will hike near the trail that George Washington traversed in 1753.
• On Friday and Sunday, a tour will explore geological formations produced by glaciers at McConnells Mill, Moraine State Park, and Jennings Environmental Educational Center.
For people not interested in some of these activities, there’s still more to entice. The festival offers tethered balloon rides for $10 for adults and $5 for children – weather permitting – with the proceeds donated to programs like Veterans Affairs Butler Healthcare. There will also be plenty of food vendors, as well as locations to kayak, hike, and bike.

The festival’s director, Ms. Lambert, is especially enthusiastic about one new facet of this year’s event. People in attendance who don’t own a Jeep can enjoy a free “ride with a guide” that affords them the chance to test drive a new Jeep with a guide on an off-road trail.

The festival is hosted near Slippery Rock at Cooper’s Lake Campground and begins today. More than 1,557 Jeeps are pre-registered for the event, and the organizers expect around 15,000 visitors.