By Autopark Chrysler Jeep on June 9, 2014 in Lifestyle

The Triangle is a growing metropolitan area as scores of young professionals move here from all across the nation. Technology and marketing companies, like Citrix and Redhat, are changing the composition of the local industries. Raleigh, and the surrounding areas, as a result, have been placed on Forbes’ list of the fastest growing cities for four consecutive years. This sustained growth, however, brings some complications with it, including traffic.

Most of us dread the morning and afternoon commute. Neglected turn signals, sudden braking, and other habits of poor driving make us feel stressed – even overwhelmed. Raleigh is not without its growing pains as parking ordinances require changes and roads desperately need additional lanes; just ask anyone driving down Glenwood Avenue (yeah, that’s our way into work). This nuisance causes us to lose what feels like hours of time that could be better spent.

An article posted by Motoramic, on Yahoo!, details the cities with the worst roadway congestion. Some of these facts are a bit startling, but they also make us realize that Raleigh traffic isn’t so bad, after all. The article cites navigational information of travel times as reported by TomTom. With several million miles recorded, we get some insight about how much worse it can get. 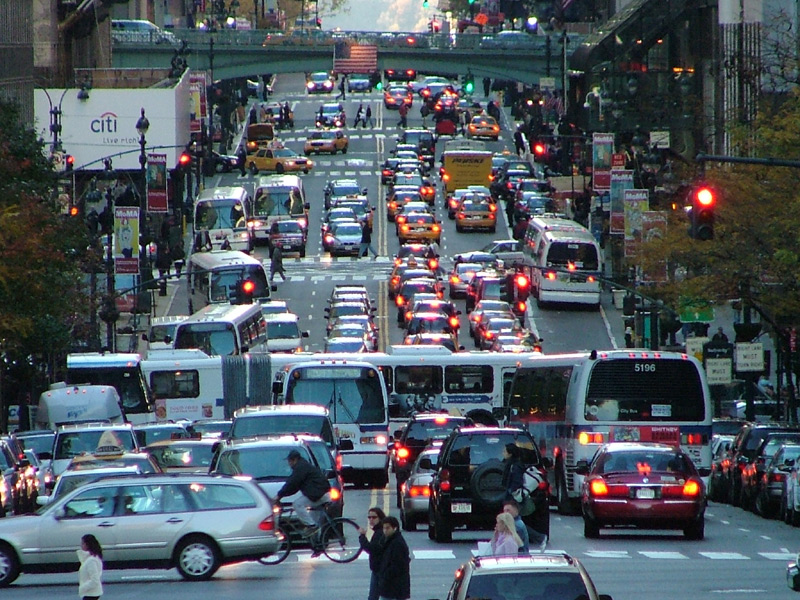 Nobody should be surprised that Los Angeles ranks first for worst congestion. L.A. commuters lose 39 minutes of every hour spent on the road. If you have a 30-minute drive to work in this city, expect to spend 90 hours sitting in traffic over the course of the year. There’s nothing better in the morning than sipping hot coffee from a mug while enjoying some smog-obfuscated sunshine, right? Add in some angry motorists honking their horns and egregious rubbernecking, and we have ourselves a party.

What may be the most astounding fact is that L.A.’s traffic seems insignificant to the congestion experienced in cities like Rio de Janeiro and Mexico City. In Rio, for every hour of travel time, 59 minutes are lost – in other words, a drive that should take a single minute takes nearly an hour.

If you’re a commuter who’s tired of the misery, then Kansas City or Indianapolis may be the prime locations for you. They rank the lowest on TomTom’s list.