By Autopark Chrysler Jeep on December 8, 2014 in Videos 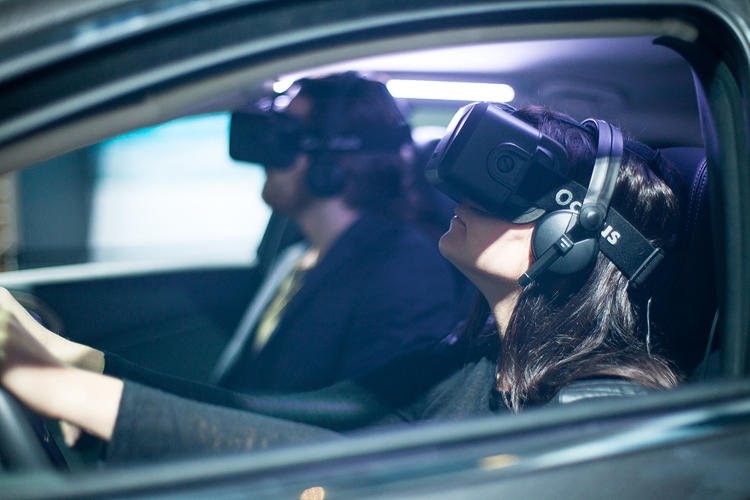 If you’ve ever seen an Iron Man movie, you know that robots are awesome. They help Tony Stark build his stuff, are whipping posts for feisty one-liners, and have all the pathos of silent camera-stares from an episode of “The Office.” Chrysler wants you to know, however, that not only do they have this technology in real life—pretty much—they are using it to build their vehicles, probably to that Benny Hill song.

Chrysler released two videos recently: one that shows a robot totally burning San Antonio Spurs shooting guard Marco Belinelli in a game of horse (or diode), and the second which shows the virtual reality apparatus they had at the LA Auto Show a few weeks ago that walks people through the 5 million square foot assembly plant in Sterling Heights.

The first video is cool because basketball, and it reminds us of that one commercial where Michael Jordan and Larry Bird smiled a lot while winking at each other and competed for a Big Mac or Nike shoe or Tickle-Me-Elmo. The precision of today’s robot, however, called Racer, is shown as it spins a basketball on one “finger,” sinks threes, and brags about how it can perform arc welding, assembly, and machine tending.

But the Skynet red flags about machines tending other machines are swept away as we get a tiny taste of the virtual reality display Chrysler had at the LA Auto Show. No YouTube video can replicate the immersive experience of virtual reality, so we have to take Chrysler’s word for it that it was “silly-cool.” The 4D technology is courtesy of Oculus VR, a tech company so techy that Facebook bought them out earlier this year.

Suffice to say that Chrysler is using technology more advanced than the light-up boards at the history museum. Having whetted your appetite for vehicles made with sophistication and precision, find the best dealer at Autopark Chrysler Jeep in Cary (hint: it’s us).